How phytase and bromelain enzymes are revolutionizing the fodder industry! 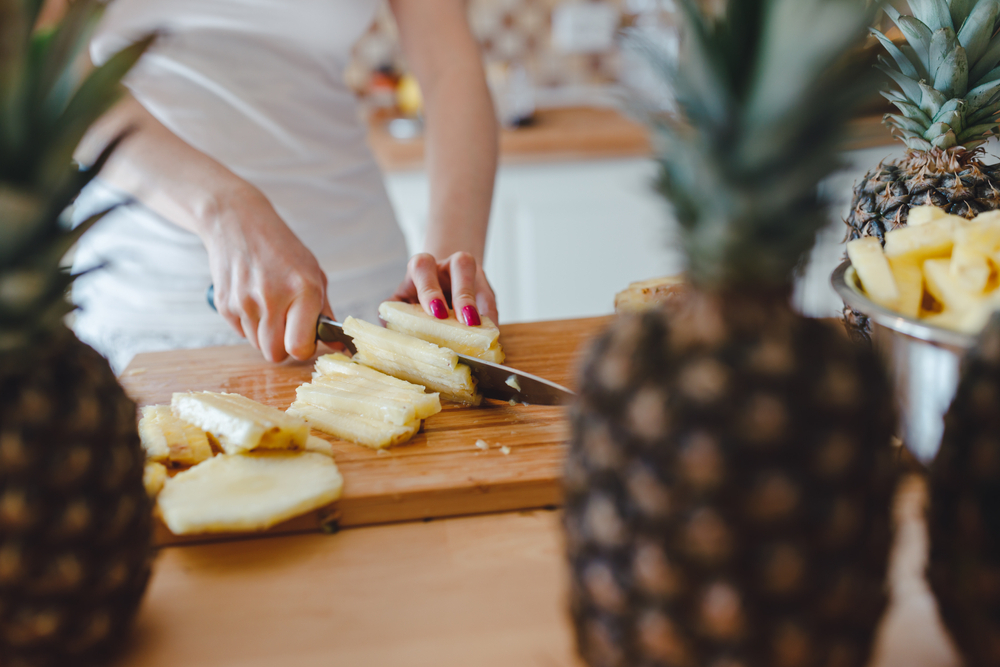 Enzymes and their effects on the fodder and animal industry

Bromelain and its role!

Bromelain enzyme is increasing in demand with the awareness of its help in improving digestion in animals. Chemical usage has always proved bad for both the environment and the user itself. Extracted from the pineapple plant’s stem, this enzyme has quite some history attached to it. Its prowess in physiological benefits has given it an optimistic spot in the animal fodder industry.

Bromelain helps in breaking down protein indirectly helping in the absorption of the same. Fodder is basically used to keep the animal healthy with the goodwill of a healthier yield.

Bromelain enzyme is a part of a protein-breaking enzyme family and has been increasingly used in fish feed manufacturing.  The use of bromelain has brought a better future in the fish feed industry as significant growth and enhancement were seen in fishes that were given controlled doses of bromelain in their feed.  Cattle fodder is also about to get a huge demand for bromelain enzyme as the milk yield also showed promising growth when cattle were given bromelain-induced fodder when compared to normal fodder.

Bromelain enzyme for animal fodder is an industry growing leaps and bounds because in today’s world anything that doesn’t have harmful effects on the environment and not to mention the fact that it is much cheaper than its chemical counterpart.

The poultry industry’s biggest expense is the feeding costs. Almost 40-50% of funds are put in feeding the livestock and this usually has quite an effect on the earnings. Using an enzyme in animal feeding has brought about a revelation not just in terms of costs but also in terms of animal health and conditioning of the animals over time. Enzyme induced animal feeds have benefits like boosting the animal’s immunity and processing of the nutrients, but apart from that, this use of enzyme in animal feeding helps in reducing the nitrogen and phosphor content in livestock and the surroundings, which helps not only the animal but also makes the feeding environment more suitable and safer for them.

When we talk about Bromelain helping in digestion, it means that this enzyme breaks down proteins, cell walls, carbs, and fats in the feed and makes it easier for the intestines to absorb the nutrients. It also helps in boosting the microbes present in the intestines which helps in nutrient dispersal which indirectly improves the nutrient retention in the animal eventually improving its health physically as well as bowel wise if we dive into specificity.

Another enzyme that has come as a boon to animal feeding is Phytase.
The involvement of phytic acid in animal and poultry feed has been prevalent for 30 years and has seen significant improvement. Monogastric animals always had trouble getting total nourishment from their feed, Phytase in animal feeding solves that problem by breaking the nutrients into a solution easier for the animals to digest and their guts to absorb. These animals do not produce the required amount of phytase in their intestines and the addition of Phytase in animal feeding acts as a supplement for the same and helps the animal in a lot of ways.

The use of phytase in animal feeding has shown various benefits over the years in many different aspects of the animal. From bone development to increased digestion and nutrient retention, Phytase has shown many different aspects where the animal, as well as the business owner, can benefit. Being low in cost, this enzyme helps in breaking down the food for better absorption leading to the animal’s intake going down in a good manner. With lower intake but better results, the animal stays healthy and plump whereas its overall consumption lessens because it is getting everything it requires from the regular servings.

Phytase in animal feeding does have its boon but their acquirement is rather simple compared to the benefits it provides us with. Over the 30 year gap, the production of Phytase has seen its fair share of advancements, and here we are today watching its growth in the industry. The commercial production of Phytase involves some modern techniques but uses simple micro-organisms and fungi.

The use of biotechnology to increase production sizes occurs after certain fermentation techniques are used to generate microbial phytases that are then further processed to create the end product.  The use of enzyme in animal feeding is slowly taking over the chemically produced feed supplements and is also the best decision humans can take for the betterment of the environment.

An overall good decision will impact everyone and everything equally and the use of enzymes over chemicals in the future is a milestone very much in our grasp. Let’s look forward to a cleaner and healthier tomorrow!